Monopoly and The Gramophone 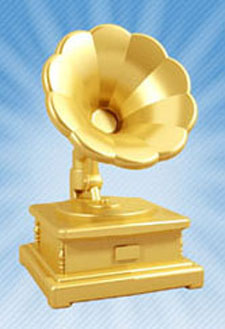 Monopoly put its Tokens to a Vote in 2017

From January 10 through January 31, Monopoly is asking the Internet to vote for the game pieces that they deem worthy to be the next eight tokens, ranging from current classic pieces like the thimble and top hat to more than 50 new options that include a rubber duck and a penguin. Some of the tokens that more accurately represent modern times are a wireless phone, a computer, a kissy face that bears a striking resemblance to an emoji, and a sports car.

...and one of the choices was a Gramophone.

By Doug Boilesen, posted on January 13, 2017 and updated post-election

After reading about this Token Vote in Time and seeing how the Today Show and other media reported on this election, I decided to learn more about the candidates and what was at stake.

I quickly learned that the replacement of Monopoly tokens had precedents.

Original 1935 tokens like the cannon and the purse had been previously retired in the 40's, and in 2013 the iron, another of the original tokens, was replaced by a cat. The cat's victory, however, was based the results of a poll conducted on Facebook and was the harbinger of how other changes might be made regarding Monopoly tokens. 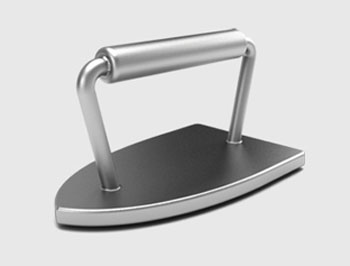 The cat that won the Facebook poll in 2013 and replaced the iron. 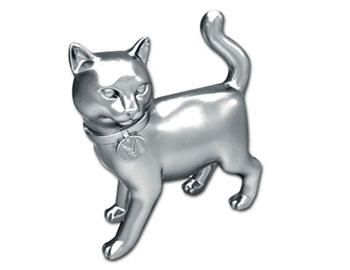 So in 2017 when Hasbro announced this new intranet voting process that would put remaining original Monopoly tokens at risk of being replaced, I asked myself three questions:

1) Did I want any more original tokens to be replaced?

2) Does this cat previously voted in via Facebook really look trustworthy?

3) Is there something wrong in having to explain to the next generation what a thimble is? 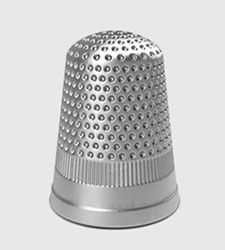 For me the answers were "No, No and No."

Hasbro's "vote for the next Monopoly tokens" seemed destined to replace more iconic tokens. For this reason I believed that Hasbro had correctly named their election as "Token Madness". 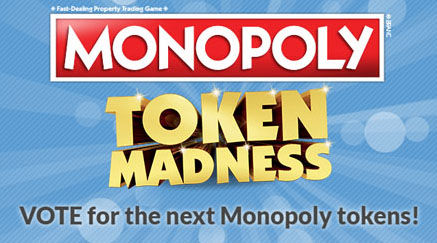 I had some hope that perhaps if iconic tokens were going to be replaced at least the Gramophone could replace one of these newer replacement tokens (e.g., wouldn't it be great if the Gramopohone could replace the cat that snuck its way onto the board in 2013).

I therefore urged my fellow Friends of the Phonograph to vote for board tested tokens who had a history and an understanding of the game, i.e., the original, classic tokens which had been part of Monopoly for generations.

The qualifications of the classic tokens were solid. These are the tokens which have the identity and integrity that our great grandparents and grandparents and their children haven chosen through the decades as their representatives to "Advance to GO" when they played the game.

These are tokens without conflicts of interest; they have paid their Community Chest taxes and have followed the rules and intent of its founding father, Charles Darrow, never claiming that the results of the game are rigged.

In addition, I thought a vote for the Gramophone was a vote for a kindred, period-piece icon that accepts facts and the random luck of the universe that accompanies our roll of the dice.

It was time to vote.

Here is the record of my submitted on-line vote (you could select 8 tokens each time you voted): 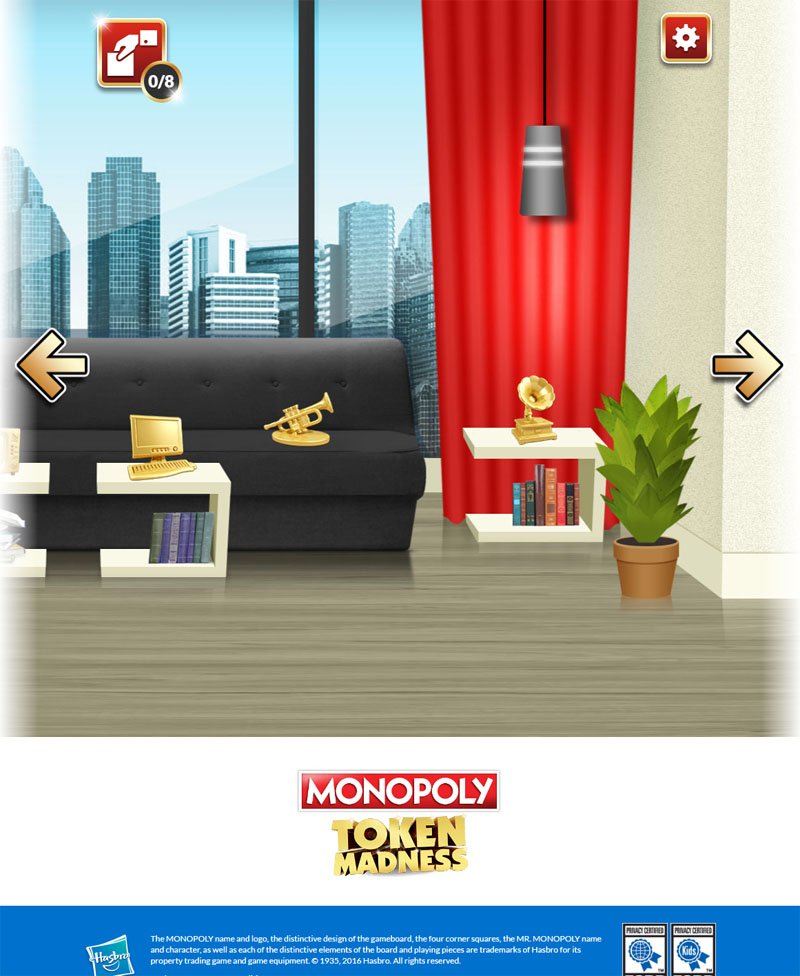 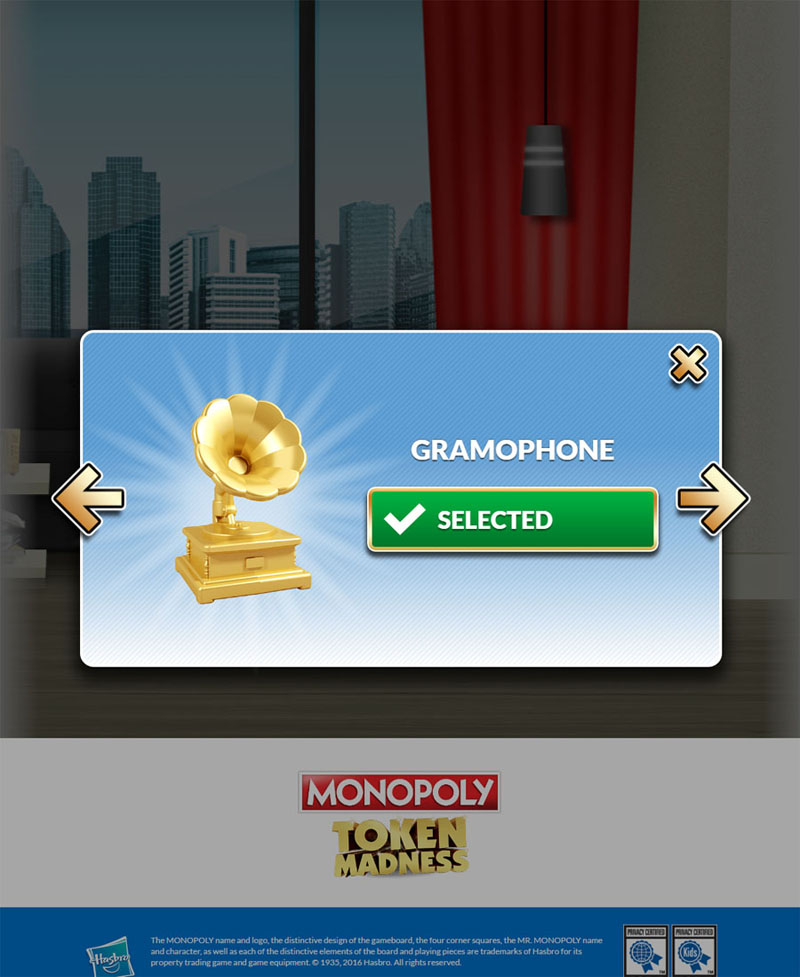 Voters were able to vote as many times as they wanted so I was afraid my token candidates and democracy were both at risk.

When the results were announced on March 19, 2017 (which Hasbro had modestly called "World Monopoly Day") my fears proved true - it was the end of the road for the thimble, the boot, and the wheelbarrow. As gametyrant writer Dean Clark noted in his summary of this election, these results meant "it's time to say goodbye to the classic Thimble, kick out the Boot, and wheel out the Wheelbarrel and hello to some community favorites; Rubber Ducky, T. Rex, and a cute Penguin! 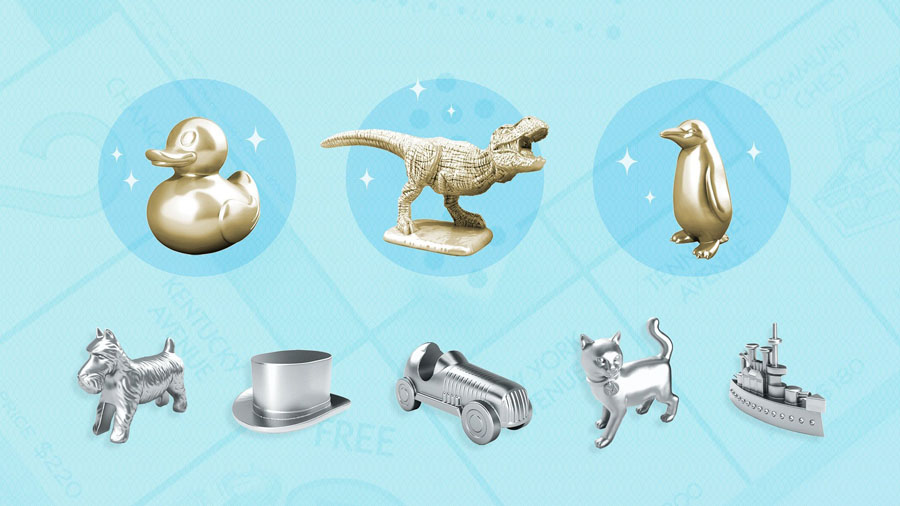 Nothing more really can be said. The Gramophone and its generation of icons had failed to get the votes.

But in this election I guess there is some consolation: It's only a game.

FACTOLA: In January 2017 Monopoly puts its eight tokens to an Internet vote asking what game pieces were worthy. All were on the table from its current classic pieces to more than 50 new options including a gramophone. The vote was conducted, however, the gramophone failed to get the needed votes. Three classics also lost: the Thimble, the Boot, and the Wheelbarrow.

Note: See original Board Game Patent by C. B. Darrow below and Figure 2 for the original patented tokens: 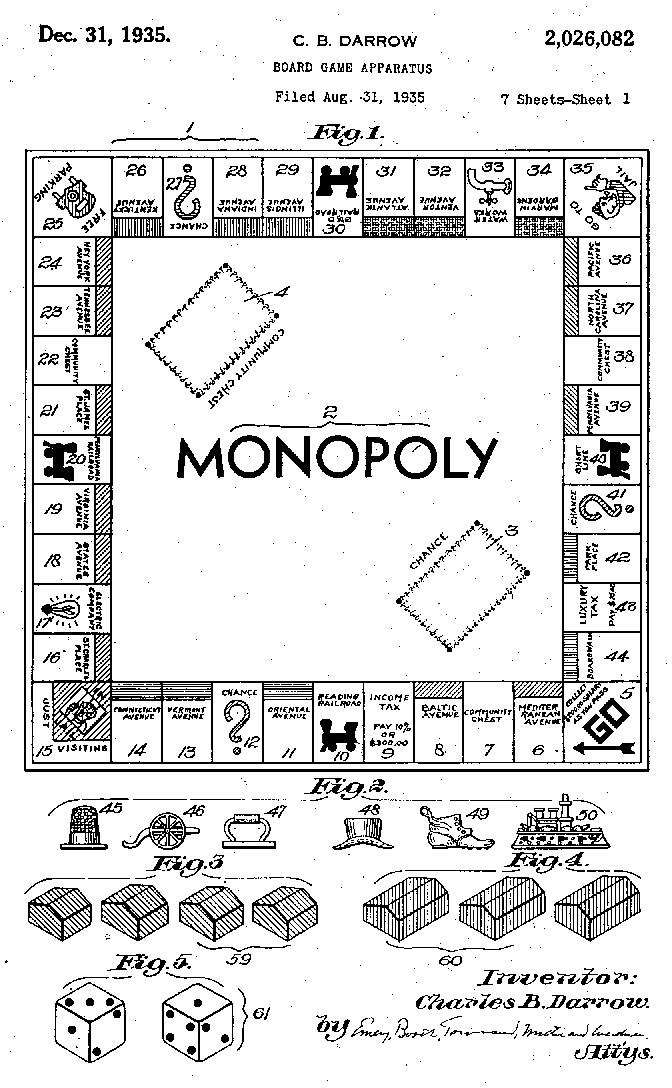