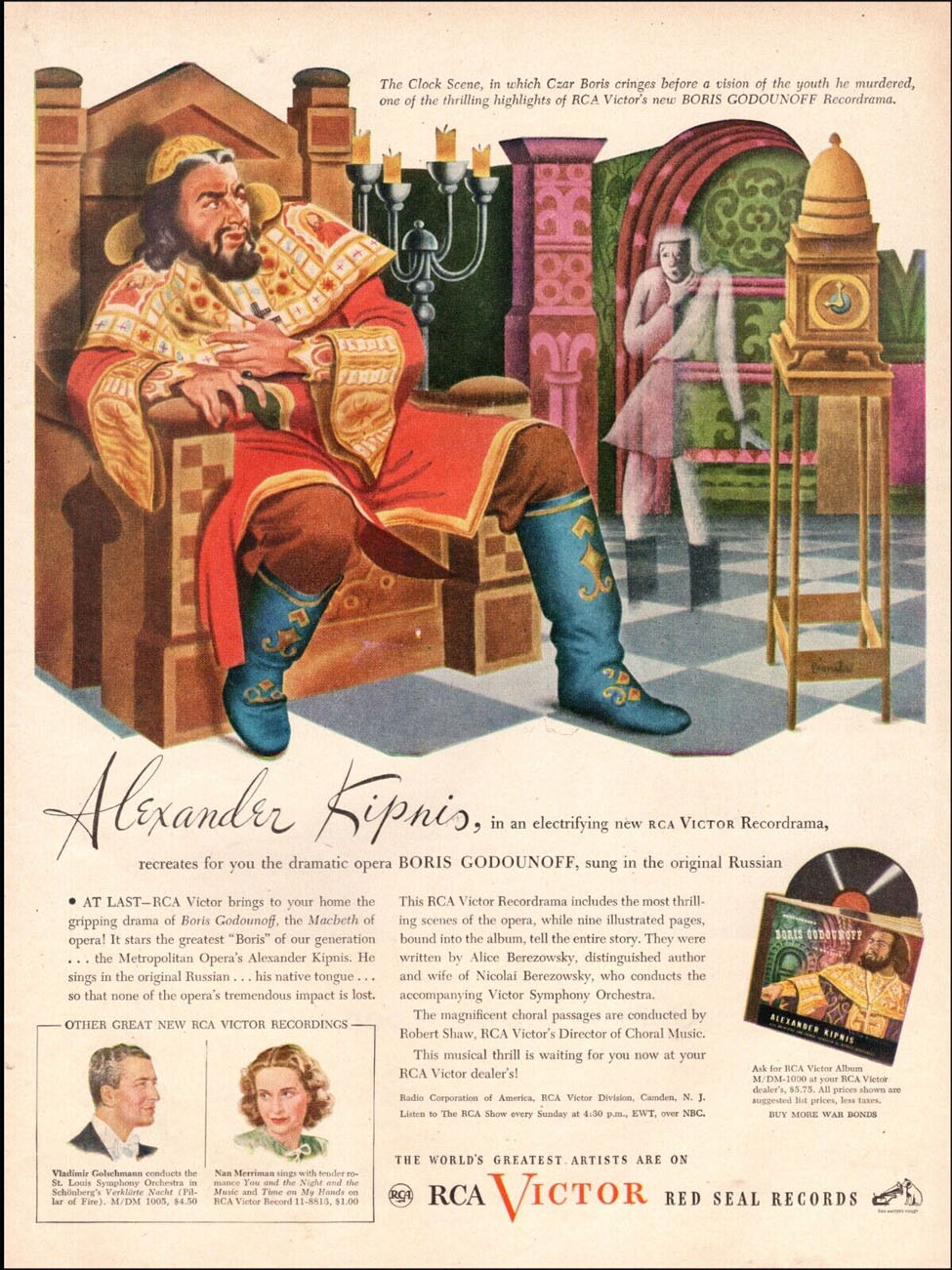 Boris Godounoff starring Alexander Kipnis, the greatest "Boris" of our generation" in the Macbeth of opera!" RCA Victor Album M/DM-1000, 1945

The Barber of Seville by Rossini, A Victor Recordrama 78 RPM seven 12" record set.

Compare the artwork of the following ads to the Boris Godounoff ad starring Alexander Kipnis, RCA Victor Album M/DM-1000 (1945) as examples of what preceded the introduction of the RCA Victor Recordrama. The Scheherazade album does not include the story like the Godounoff album and Ciribiribin is not an album but simply a record. Nevertheless, the intent of all to visualize the stories. "You will delight in the melodies" of Scheherazade..."you will picture Sinbad in his doomed ship...Seldom has Scheherazade been played with such floods of color, such vivid imagination." The style of these early 1940's RCA ads also includes the introduction of the section located in the bottom left of the Victor ad titled Other Great New RCA Victor Recordings which is also seen in the Godounoff Recordrama ad. 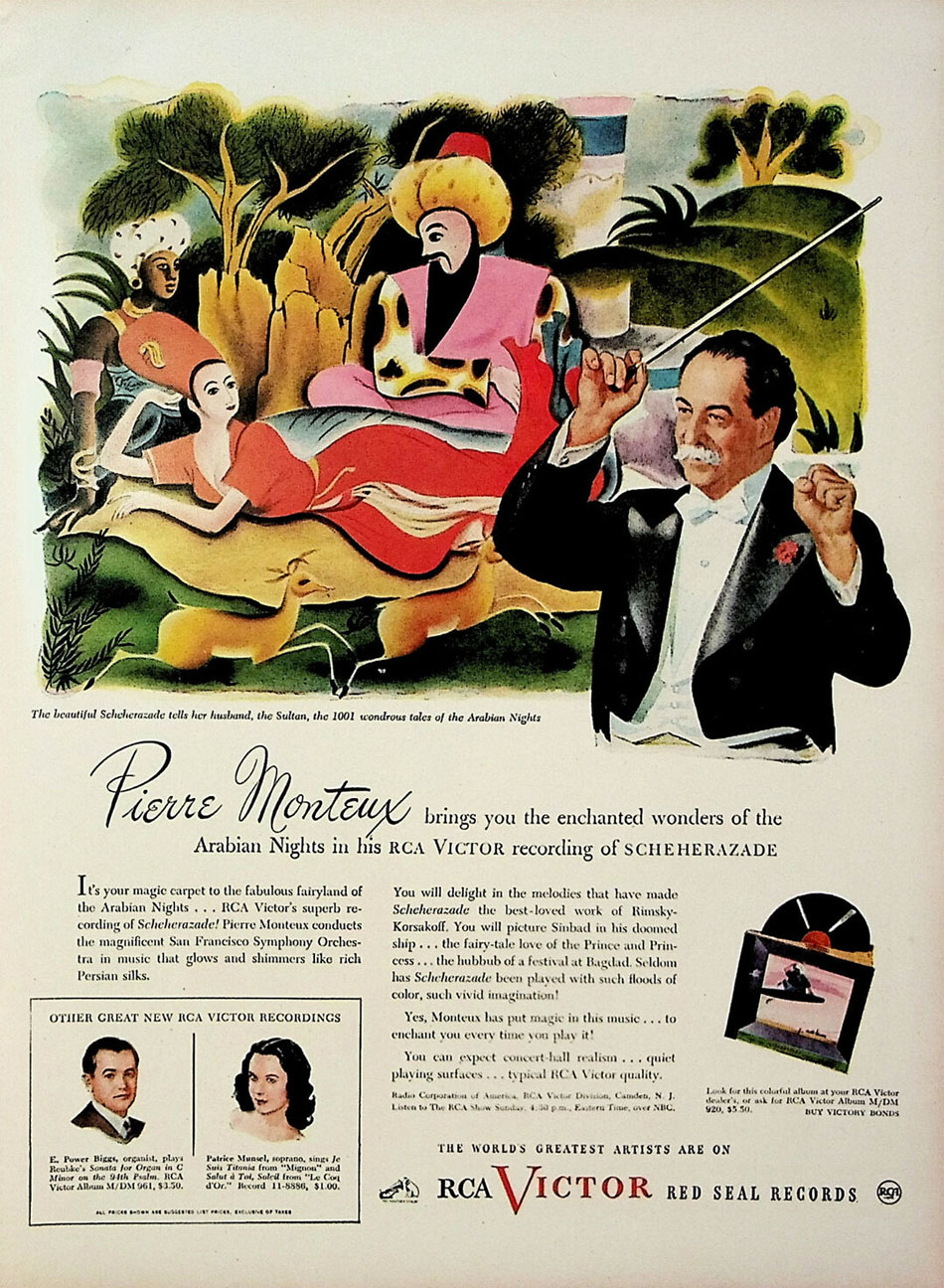 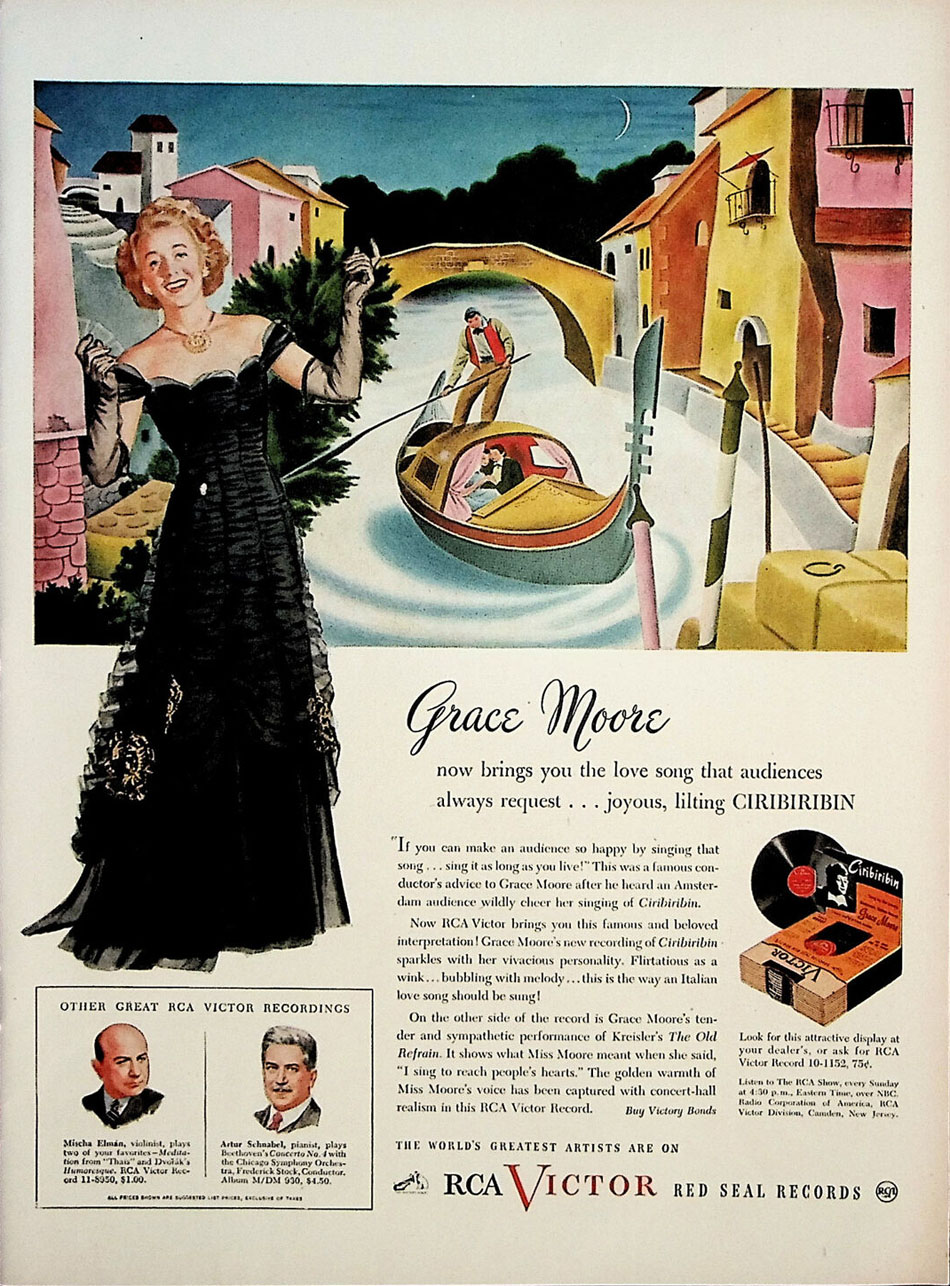