Memories of the Phonograph

Friends of the Phonograph

Betty Barr Boilesen - Other Stories Growing up in Elba, NE

Don't Judge a Book by its Cover...Unless is has a Phonograph on it - Discovering Abide by Jake Adam York - Doug Boilesen 2018

Eric Byron - 2019 - "My Fascination with Early Phonographs and Sound Recordings"

Peter Buffett * - 2010 - Excerpt from his book, Life Is What You Make It, music and an early repair made on the family phonograph

Jim Copp * - 2018 - A tribute to one of the most creative storytellers on record written by David Owen in The New Yorker, 2018

Dan Jenkins * - 2014 - Listening to the Mills Brothers on my mom's RCA Victor phonograph.

Keira Knightley and Steve Carell * - 2012 - Seeking a Friend for the End of the World, Focus Features

Margaret Marty * - A Valentine for Victrola - 2019 - On keepsakes and a found Valentines Day card from Dad to Mom, Courtesy of The Pine City Pioneer

Andy Orlando - 2009 - Our phonograph in Dos Palos, California, and other memories

Judy Orlando - 2018 - Memories of growing up, family, music and the phonograph

Van Dyke Parks* - 2020 - Memories of my parents Magnavox and records

Satan Comes to Crawley Bottom - As told to Douglas Keister - 2020

Judy Steffes * - 2015 - Memories of growing up in West Bend, WI, with the family phonograph in the dining room

Gary Stone - 2021 - "My grandparents radio store inspired my appreciation for phonographs and radios."

This is Our Tune...Remember? - 1945 Crosley "Our Tune" Advertisement and other "Our Song" examples 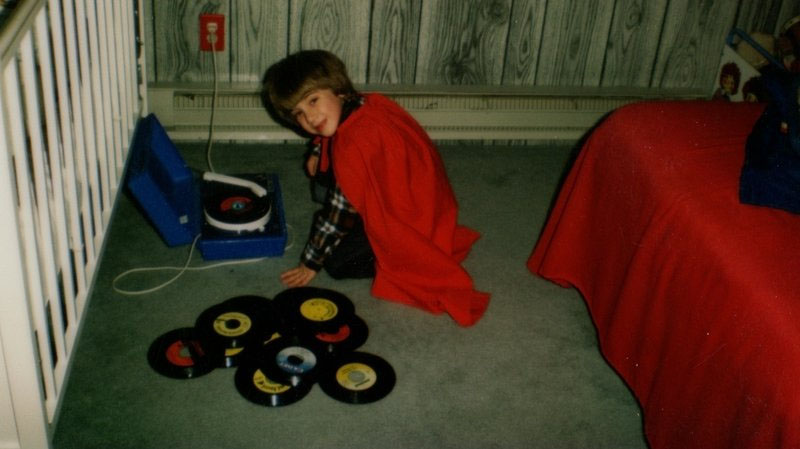 "Little Darrin Wolsko spent a chunk of his childhood playing his father's copy of The Beatles self-titled album, best known as The White Album, over and over." Courtesy of the Wolsko family and NPR

A Grandson's Gift  A Spotlight  For His Grandfather's WWII Band - an NPR report by Taylor Haney March 20, 2021 about a trumpet player in WWII whose recordings were discovered by his grandson who then had them digitized and made into an album. "I put the music on and it was like my own private concert with my grandpa," he said. "It was like he'd never left. I was back in 1946 and getting to hear my ... grandpa and his young lungs playing the trumpet." 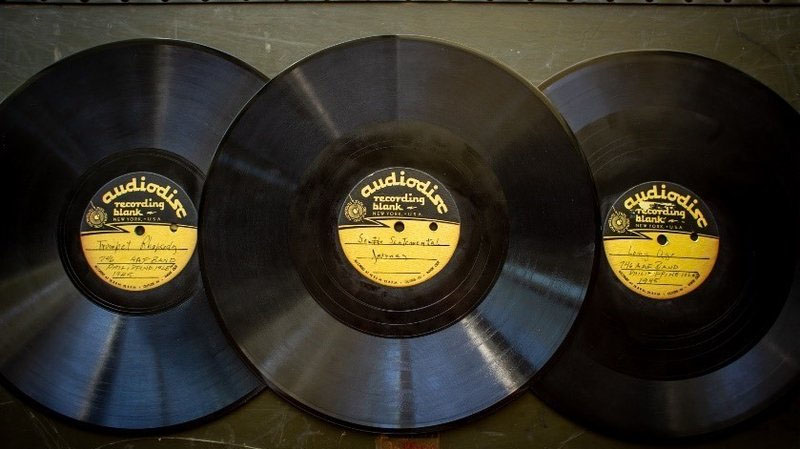 "A Record Find - How The Phantom of the Opera led me to a long-lost musical treasure in Paris" By Michael Walsh Smithsonian magazine, February 2008 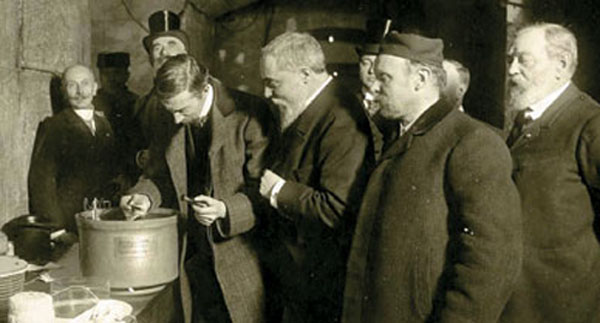 In 1907, recordings were interred in metal urns at the Palais Garnier, to be reopened in 100 years (Courtesy Opéra National de Paris) 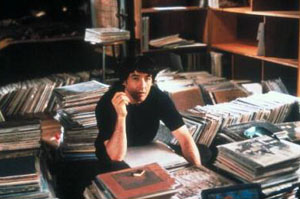 Dogs and the Phonograph

Friends of the Phonograph Go GREEN

Top Five Lists by Friends of the Phonograph 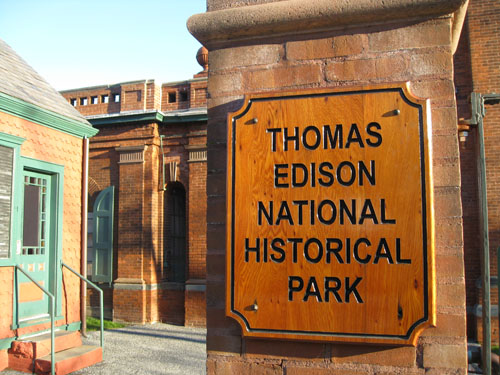 Phono-Sightings - Phonographs as part of other museum displays

Favorites of Friends of the Phonograph 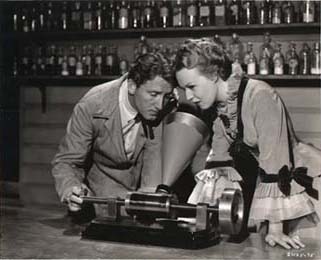 Favorite movies selected by Friends of the Phonograph (1)

Every man's memory is his private literature. - Aldous Huxley

It's surprising how much memory is built around things unnoticed at the time. - Barbara Kingsolver, Animal Dreams

The past is never dead, it is not even past. - William Faulkner

We do not remember days; we remember moments. - Cesare Pavese, The Burning Brand

WIthin our hearts, the ones we love are never really gone - In spirit and in memory, their legacy lives on. - Hallmark

All those moments will be lost in time...like tears in rain. - The Blade Runner

...She cannot fade, though thou hast not thy bliss, For ever wilt thou love and she be fair! - John Keats, Ode on a Grecian Urn

"You and I have memories longer than the road that stretches out ahead" - Lennon/McCartney, Two of Us, 1969

A story is what holds us together, and what is left when we leave - Marshall Dodge, The New Yorker, Oct 22, 1979

"The backward look transforms its object...History cannot be touched without changing it." Siegfried Giedion

"I like the old days, but not all the days, only the good old days" - Departure, The Long Winters

It was no thought or word that called culture into being, but a tool or a weapon. After the stone axe we needed song and story to remember innocence, to record effect - and so to describe the limits, to say what can be done without damage. Wendell Berry, 1974

And suddenly the memory returns...ready to remind us, waiting and hoping for their moment, amid the ruins of all the rest; and bear unfaltering, in the tiny and almost impalpable drop of their essence, the vast structure of recollection. Marcel Proust, À la recherche du temps perdu (2)

The stereo takes back our breath, All sound is light. Abide with Me, Jake Adam York

A memory is only a Prince Charming who stays just long enough to awaken the Sleeping Beauties of our wordless stories.  Michael De Certeau (3)

How the past is documented shapes how we remember it. Lonnie G. Bunch III, 2019

"The construction and demolition of monuments are history, but monuments themselves are not history. They are useful windows on history. They disclose stories we would now like to disavow, but if we look carefully, we can also find what the monuments were intended to hide. In the name of remembering, we don't want to forget." Richard White 2020 (4)

"We're just here to be memories for our kids." - Cooper to his daughter Murph, Interstellar 2014

"A story is what holds us together, and what is left when we leave." Marshall Dodge (5) 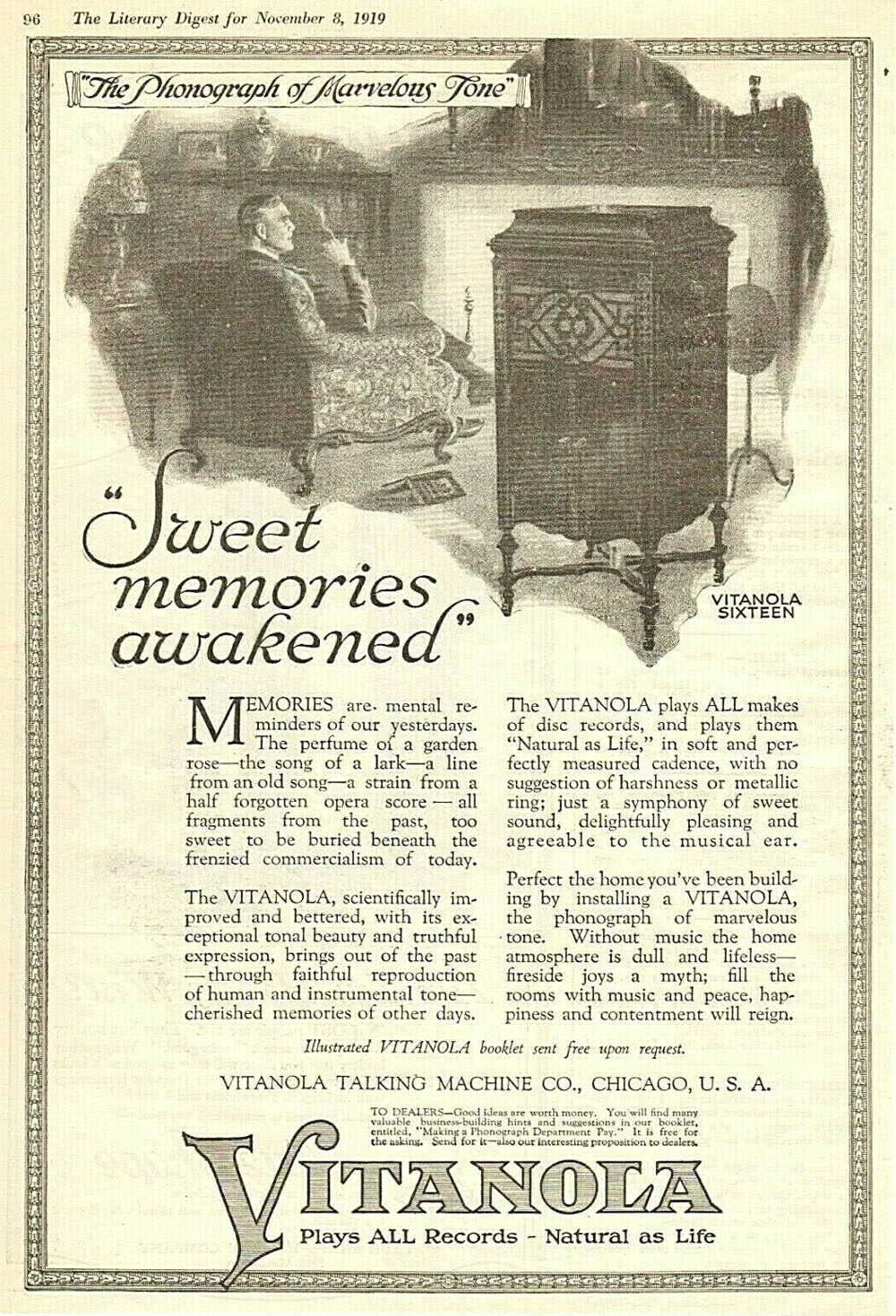 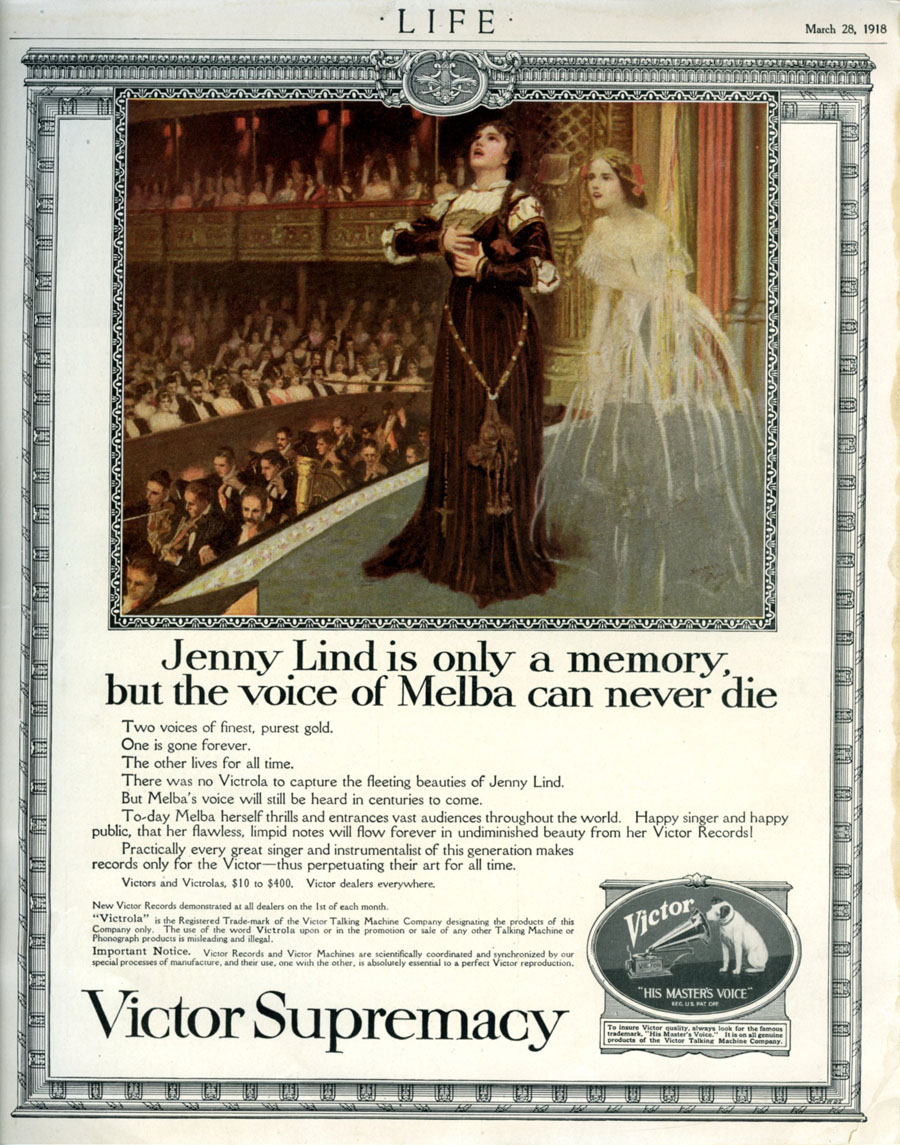 The Phonograph - Perpetuating "art for all time." 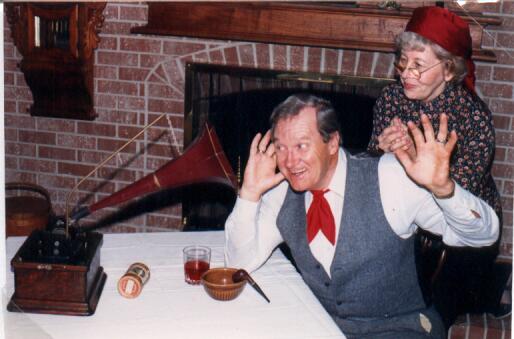 The Legacy Phonograph Collection and stories remembering Axel and Betty Boilesen, Friends of the Phonograph