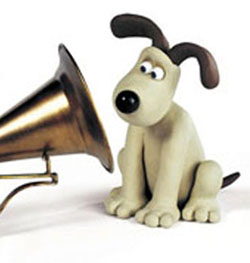 An Age of Wonders - Wonders, Wizards and Aladdin's Lamp

"Artists Inside the Horn"

At Home or at the Opera

The Brownies and the Phonograph

Carola - The Nightingale of Phonographs

Cather's Prototypes Who Were Recording Artists

Clear as a Bell - The Sonora Phonograph

Happy Homes - Something for Everyone

"Looking for the Band"

Music on the Record

Nipper, Dogs and the Phonograph

Other Opportunities to Own a Phonograph

The Phonograph with a Soul

Santa, Christmas and the Phonograph

Shopping for a Phonograph

The Stage of the World - The Best Seat in the House. Forever. ©

The "Talkers" Sentimental Side - Appealing to the customer's 'human' side

Victor Book of the Opera

Visions of Artists in the Home

"Which is which?" The 1908 Victor Advertising Campaign 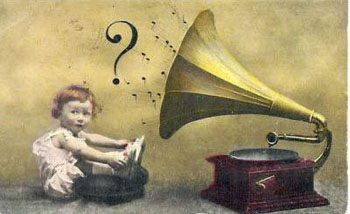 Believe it or Not Factolas!

"Bottles it up for future use"

December 6 and 25 - Santa, Christmas and the Phonograph

Nipper, Dogs and the Phonograph

Edison: From the Telephone and Telegraph Comes the Phongraph - An AMERICAN EXPERIENCE PBS video

The Edison Electric Tower at the World's Columbian Exposition, 1893

The Electricity Building at the World's Columbian Exposition, 1893

Exposition Universelle of 1889 and the Phonograph

"Gone is the heyday of the vinyl record" - The Soundtrack to Your Life, With a Stream of Discoveries - 2012 New York Times

"Hello" for the Telephone Postcards

How We Learn About the Phonograph with Serendipitous Connections

Monopoly and the Gramophone

Newspapers named The Phonograph in honor of T.A. Edison

How many '-ola' Brands are there?

On this Day Phonograph Calendar

Birthdays: Legacy Friends of the Phonograph

How many 'Phone' & 'Graph' Brands are there?

Thanksgiving and the Phonograph

World's Columbian Exposition of 1893 and the Kinetograph

World's Columbian Exposition of 1893 and the Phonograph

PhonoAvenue - Phonograph and Related Museums around the world

Emil Berliner and the gramophone - A virtual exhibition by the Museumsstiftung Post und Telekommunikation.

The Phonograph and Its Future - Westminster Public Library, September 2018

Phono-Sightings - Phonographs as part of other displays

Teddy Bears and the Phonograph

The Phonograph and its Future 1878 - Edison's Probabilities

Speech and other Utterances

Perfect the telephone and revolutionize present systems of telegraphy

The Phonograph - The Evolution of a Revolution

The Promotion of Opera in The Immortal Voice, Bray Studios 1923

The 500 Greatest Albums of All Time by ROLLING STONE 2020

Bob Dylan Bringing It All Back Home

Comedy on Records - Comedy recordings from cylinder to vinyl

Cut Yourself a Piece of Cake - 1923 Comedy Song Hit

Furthest Distance from Earth a Record Played on a Turntable

The Most Romantic Cylinder Recording made in the 21st Century?

NASA Beams Song "Across The Universe" Into Deep Space

Bruce Springsteen's Fire - Side B

What do Rally Playlists Say About the Candidates?

Regina Company, Phonographs and the What-if?

Sewing Machines and the Phonograph

What Tree Rings Sound Like Played on a Record Player

Why December 6th? Celebrating the Birthday of the Phonograph 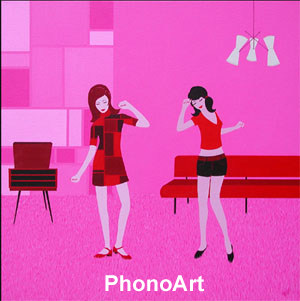 The Phonograph in the Movies

The Eiffel Tower, an Edison Record and Tomorrowland

The Adventures of Uncle Jeremiah and Family at the Great Fair by Charles McCellan Stevens, 1893

Another Adventure of Elsie and the Bunny, Cadbury Ltd, c.1920's

BLACK HOLE BLUES and Other Songs from Outer Space by Janna Levin, 2016

The Boys' Own Phonograph by John Lewees, St. Nicholas, January 1880

The Castle of the Carpathians by Jules Verne, 1893

The Century World's Fair Book for Boys and Girls by Tudor Jenks, 1893

The Christmas of the Phonograph Records, by Mari Sandoz, 1966

The Christmas Secret, by David Delamare, 1991

The City of Wonders Souvenir of the World's Fair by Mary Catherine Crowley, 1894

Coming, Aphrodite! by Willa Cather, Youth and the Bright Medusa, 1920

The Devil in the White City by Erik Larson, 2003

Gargantua and his son Pantagruel How among the frozen words Pantagruel found some odd ones. by Francois Rabelais, 1653

The Girl He Left Behind Him by Howard Taylor, The Talking Machine World, 1906

Hail to Grandmas by Dana Moseley, 1985

How We Gave a Phonograph Party - The Phonoscope, December 1899

The Hurdy Gurdy Girl by Richard Carle - A Musical Comedy in 3 Acts, 1907

Kitchen Disco - A Disc Jockey Named Banana and a Fruit Bowl of Fun, 2017

Lost in the Grooves by Kim Cooper and David Smay, 2005

Love and Other Consolation Prizes by Jamie Ford, 2017

Love and the Phonograph - The Phonoscope, March 1899

"Ma Pettengill and the Song of Songs" by Harry Leon Wilson, The Saturday Evening Post, August 1915

The Magic of Melody by Edgar March, Maclean's Magazine, August 15, 1933

Millie and the GEM Phonograph - A Love Story, The Phonogram June 1900

No Escape From Black Holes? Stephen Hawking Points to a Possible Exit by Dennis Overbye, The New York Times, 2016

The Phonograph of Jean Bouvet by Henry S. Kingwell, The Talking Machine World, 1915

The Phonograph and the Graft by O. Henry, McClure's Magazine, 1903

The Phonograph Witness. A Drama in Five Acts by George W. Hill, 1883

Pleasures of Music by Jacques Barzun, 1952

The Revenge of Analog - Real Things and Why They Matter by David Sax, 2016

Round the Fire: VIII The Story of the Japanned Box by A. Conan Doyle, 1899

The Shallows by Nicholas Carr, 2011

Samantha at the World's Fair by Marietta Holley, 1893

Scandal and A Gold Slipper by Willa Cather, Youth and the Bright Medusa, 1920

The Tables Turned - A Farce in One Act by John Kendrick Bangs, 1893

The Phonograph, by Le Trocaderoscope, 1878

The Tribulations of a Chinaman by Jules Verne, 1879

The Adventures of Uncle Jeremiah and Family at the Great Fair by Charles McCellan Stevens, 1893

A Voyage to the Moon by Cyrano de Bergerac, 1899

Wanda Hickey's Night of Golden Memories and other disasters by Jean Shepherd, 1971

The Waste Land by T.S. Eliot, lines 253-256 with Eliot's note for line 253 referencing V. Goldsmith, the song in The Vicar of Wakefield.

With the Eyes Shut by Edward Bellamy, October 1889 The Harper's New Monthly Magazine

Phonographs in Other Ads

Stereoviews and the Phonograph


Friends of the Phonograph Menu 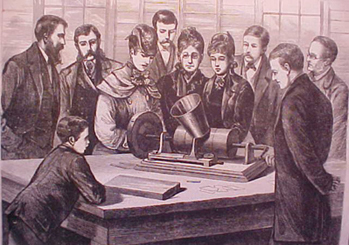 About this Site - Postscript

Birthday Calendar of Legacy Friends of the Phonograph

Favorites and Top Five Lists by Friends of the Phonograph

Friends of the Phonograph Go GREEN

PhonoAvenue - Phonograph Museums from around the world

Phono-Sightings - Phonographs on display as part of another display (e.g., 1920's Period Room)

Six Degrees of Separation Stories and Other Musings by DB

Don't Judge a Book by its Cover...Unless is has a Phonograph on it - Discovering Abide by Jake Adam York - Doug Boilesen 2019

Buffett, Peter * (2010) - Excerpt from Life Is What You Make It about music and an early repair made on the family phonograph

Byron, Eric (2019) - "My Fascination with Early Phonographs and Sound Recordings"

Copp, Jim * (2018) - A tribute to one of the most creative storytellers on record written by David Owen in The New Yorker, 2018

A Grandson's Gift  A Spotlight  For His Grandfather's WWII Band - an NPR report by Taylor Haney March 20, 2021

Jenkins, Dan * (2014) - Listening to the Mills Brothers on my mom's RCA Victor phonograph.

Keillor, Garrison * (2017) - Memories of bringing my LP to our youth church group so that they could listen to Handel's Messiah

Knightley, Keira and Steve Carell * (2012) - Seeking a Friend for the End of the World, Focus Features

Marty, Margaret * (2019) - A Valentine for Victrola - On keepsakes and a found Valentines Day card from Dad to Mom, Courtesy of The Pine City Pioneer

Murphy, Colleen * (2016) - "My first turntable was a life-changer" (from her BBC Sounds Turntable Tales - Berliner to Gramophone)

Orlando, Andy (2009) - Our phonograph in Dos Palos, California, and other memories

Orlando, Judy (2018) - Memories of growing up, family, music and the phonograph

Parks, Van Dyke * (2020) - Memories of my parents Magnavox and records

"A Record Find - How The Phantom of the Opera led me to a long-lost musical treasure in Paris" By Michael Walsh Smithsonian magazine, February 2008

Satan Comes to Crawley Bottom - As told to Douglas Keister - 2020

Steffes, Judy * (2015) - Memories of growing up in West Bend, WI, with the family phonograph in the dining room

Stone, Gary (2021) - "My grandparents radio store inspired my appreciation for phonographs and radios."

About the Legacy Collection

Axel's Other Stories - Growing up in Cotesfield

Betty's Other Stories - Growing up in Elba 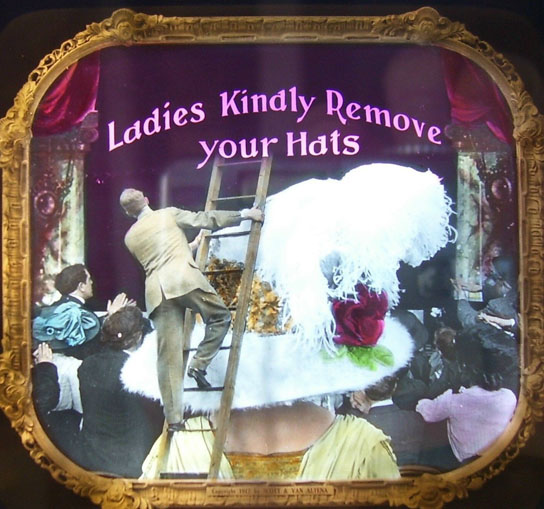 America - A Magic Lantern Presentation with artwork by Joseph Boggs Beale and accompanied by The Indestructible Military Band performing The Star Spangled Banner and America, Indestructible Record No. 3943 (1908)

Are Mr. and Mrs. Snapshot at Home? - A Magic Lantern Presentation accompanied by brown wax cylinder recording of Nanon Waltz, circa 1891-1893.

A Christmas Carol - A dramatized presentation featuring illustrations from print editions (18441915) and the recording of The Awakening of Scrooge on Edison Amberol Record No. 12378 (1911) performed by Bransby Williams as Ebenezer Scrooge who awakens on Christmas Day.

Edison: From the Telephone and Telegraph Comes the Phonograph (An AMERICAN EXPERIENCE PBS video)

Happy Birthday Song for Friends of the Phonograph - a.k.a. Your Birth Anniversary Song

The Phonograph - An American Experience PBS video - This excerpt from PBS's 2015 Edison focuses on Edison's December 7, 1877 demonstration of his phonograph at the New York City offices of Scientific American and the fame it brought him.

The Phonograph and Santa - An excerpt from Thomas A. Edisons 1905 moving picture The Night Before Christmas accompanied by Gene Autrys 1953 record Up on the Housetop.

Uncle Josh on a Bicycle - Uncle Josh's rides a bicycle for the first time from his 1905 book Uncle Josh's Punkin Centre Stories by Cal Stewart, "The Talking Machine Story Teller."

W.K.L. Dickson Greets Friends of the Phonograph - William Dickson moving hat from one hand to another, Edison Studio, May 1891 Courtesy Library of Congress accompanied by Edison Record "Blue Ribbon March"

Workers Exit the Lumière Factory in Lyon, France 1895 - A Lumière brothers film accompanied by Everybody Works But Father sung by Bob Roberts (1905) Talking Photos "Speak for Themselves"

Anita Stewart - Hitch Your Wagon to the Stars 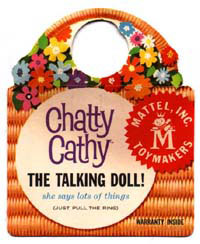